The last few days of 2017 were about exploring and experiencing the Messenia and Mani Peninsulas.

The road from Methoni took me over and through some beautiful mountain passes with quaint mountain villages and stunning views of the snow covered Taygetos Mountain Range and then down and around delightful coastal routes with their equally picturesque fishing villages. Kardamili, Stoupa and Gytheio on the coast stood out with Stoupa making such an impression I decided to spend New Year’s Eve there. 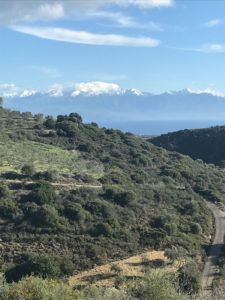 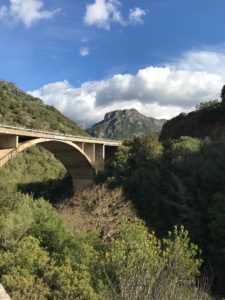 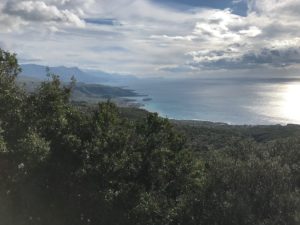 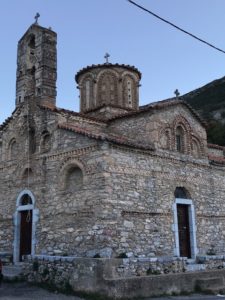 Mountain passes, villages & churches. The latter photo is of the Church of the Metamorphosis (strange name – transformation I can relate with – metamorphosis I’m not so sure about) 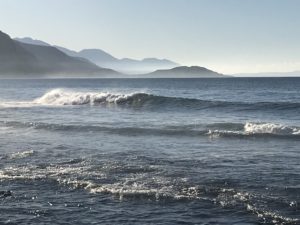 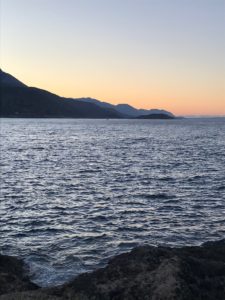 I parked up on the quayside at Stoupa intending to stay the one night but had such a great time in one of the local tavernas that I decided to stay on for their New Year celebrations. Okay, the truth is that I drank so much on 30 December that I don’t think I was sufficiently sober to drive on the 31st. That’s really how I came to stay in Stoupa (but it was a great place to stop -very welcoming). 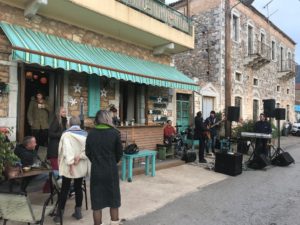 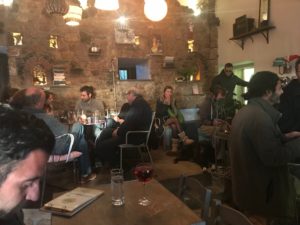 As I parked up on the quay outside this taverna, a band was setting up their equipment. They had a great repertoire (Cure, Queen, Bowie, Roxy Music, Snow Patrol, Lou Reid, OMD, Mamas & Papas and the Stones) and seemed to play well (getting better as the afternoon progressed and I imbibed more) 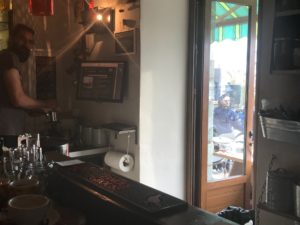 I started on beer and then the local red wine(s) but best of all was the Hot Tsipouro (being a mix of Tsipouro, honey, cloves and cinnamon brought to the boil and then left to simmer for at least 5 minutes, stirring frequently). Tasted not unlike a very alcoholic saki. I don’t remember leaving the bar but I did wake up in the Van.

The next day was about shaking the alcohol off before the New Year celebrations began. I walked to the next village along the coast, Trachila – a 15 km round trip. It was a very quiet coast road I walked along (only 2 cars passed me during the whole walk) with some fine views along the coast. 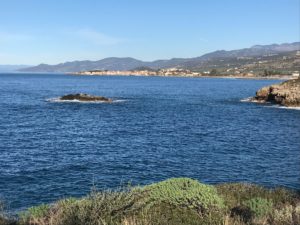 En route to Trachila – looking back towards Stoupa

I passed a great many caves cut into the cliffs on the way to Trachila. I assume they were old hermit caves 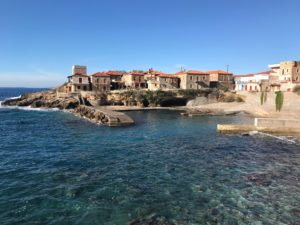 Don’t remember too much about New Year – It was not my best but I drank and drank, watched the firework display (which saw a bloody big rocket hit the Van), crawled back to the Van and passed out. 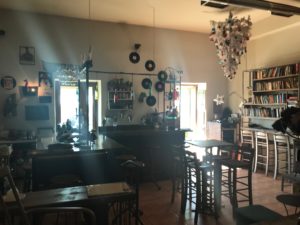 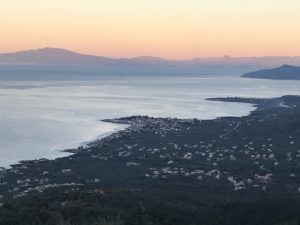 Next day was about a hair of the dog (not many in there) and goodbye Stoupa. The last photo is of Stoupa from the road south