Yesterday went like a whirl. Any apprehension I felt about this Tour was replaced by excitement the moment I reached France. The journey from Calais to Kortrijk went well and I crossed the border into Belgium (at L’Abeele) more smoothly than Napoleon Bonaparte did in 1815 – there was no border presence at all and if it weren’t for the road signs changing from French to Flemish I wouldn’t have known I had entered Belgium.
Kortrijk appeared almost empty as I arrived early on the Sunday afternoon and I was able to park the Van in the centre of the town (N50,83120 E3,26818) without any difficulty and enjoy a quick stroll before dinner. There’s a significant amount of regeneration going on in the centre (especially by the River Lys – that’s the River Leie in Flemish) but the balance between old and new appears to be working. 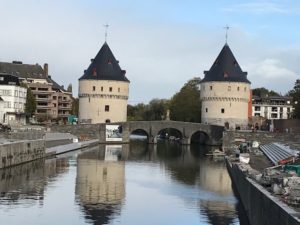 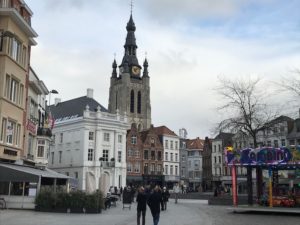 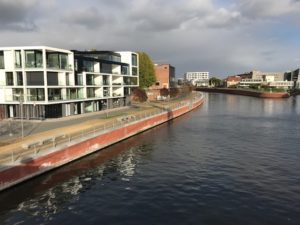 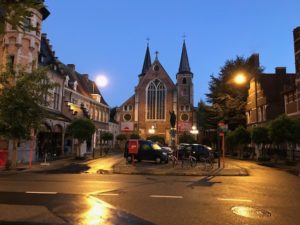