Ksamil is a small town on the peninsula of the same name about 8 miles south of Sarande. Just 3 miles further south in the National Park on the shores of Lake Butrint are the archaeological remains of Butrint city.

Butrint is a UNESCO World Heritage Site (and has been since 1992) and, while it was off limits to the general public under the communist regime (because of fears people could be tempted to flee the country by swimming the short distance to Greece), it is now one of the most popular tourist destinations in Albania. It will inevitably be busy in the summer but it really is a “must see”. I consider it to be one of the most fascinating places I have seen during this tour.

It is different from many archaeological sites because in this one place you can see structures from so many different eras (especially Greek, Roman, Byzantine, Venetian and Ottoman civilisations) and it has, rightly, been described as a microcosm of history. It costs 700 leke (just over 5 euros) to enter the site and with your entrance ticket you get a pamphlet which identifies various walking trails that showcase both the different cultures that have occupied this area and the scenery. This is a National Nature Reserve too. You don’t need a tour guide because the pamphlet with it’s trail map, the museum and numerous information boards in Albanian and English tell you all you need to know.

Too much has happened at this site over the years for me to recount in this blog so, I will simply say that there is evidence the site was occupied in prehistoric times but it was about 1200 BC when a first proper settlement was established (reputedly by the Trojan exiles Helenus and Andromache) and it was under the Greeks (starting around 400 BC) and especially the Romans (228 BC) that the city really developed and grew. It declined with the demise of the Roman Empire and, most especially, following a 3rd century earthquake which saw extensive flooding and caused the formation of malarial marshes around the city. Indeed, most of the city was abandoned at that time but the area was still of strategic importance and what remained changed hands many times between the Byzantines, Angevines and Venetians (who all left their mark on the city) with the ultimate victors, the Venetians, then having to develop various military installations in an ultimately failed attempt to fend off the Ottoman Empire. 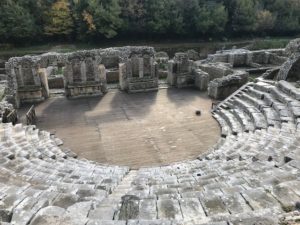 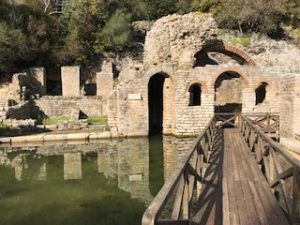 In 228 BC the Romans took the city from the Greeks and the Greek Theatre was “Romanised”. Over a period of time, most especially under Augustus, the Romans more than doubled the size of the city adding an aqueduct, fountains, baths and villas 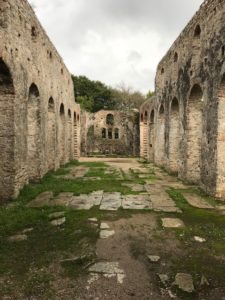 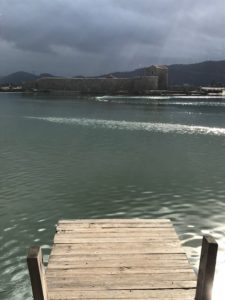 The city was already in decline when the Byzantines built their Great Basilica and, especially, when the Venetians started on their Triangular Fort the other side of the Vivari Channel (which connects Lake Butrint with the Straits of Corfu) 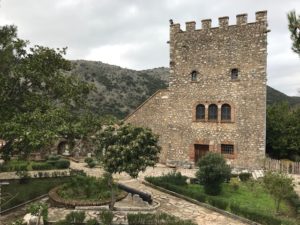 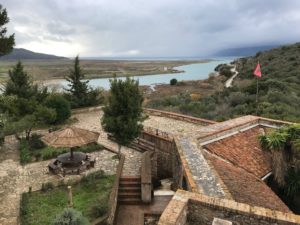 The grounds of the 14th – 16th century Venetian Fortress which now houses the museum and sits on the hilltop where the Acropolis used to be, have been turned into delightful gardens 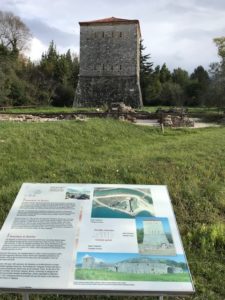 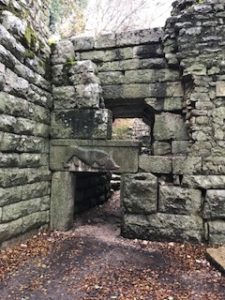 The Venetian Tower and the Lion’s Gate

I suggested in an earlier blog that Albania is a place of total contrasts and I see yet another example of that in Butrint  because I really cannot understand how a place can be so tranquil and yet exude such feeling.

Cicero said it all in letters to Atticus when he wrote it is “… the quietest, coolest, most pleasant place in the world”. He’s not far wrong. 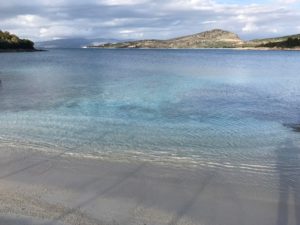 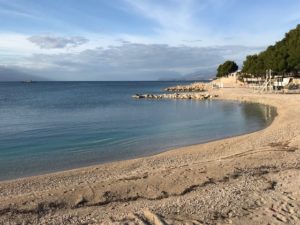 Ksamil Beach on the way out 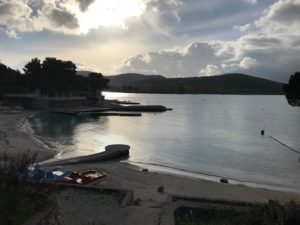 Ksamil Beach on the way back 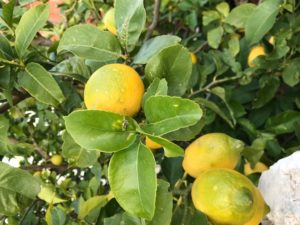 Collected on the way in. I feel a Gin & Tonic coming on

Going to have to think about moving on to Greece.