Today was about the journey from Bosnia (Mostar) back to Croatia (Dubrovnik).

I could have completed the journey in a little over 2 hours but I decided to take my time. I checked out the various options on Google and then chose the most time consuming, circuitous route available; the logic being I would see more and perhaps see something different. To start with there were no problems and a very reasonable road took me into historic Stolac… 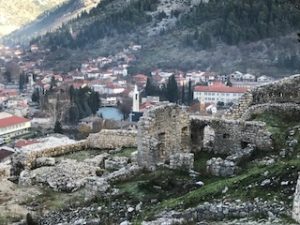 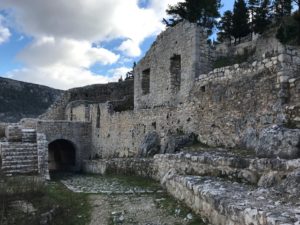 The roads narrowed, became almost tracks in some parts, and we went over and around various hills with hairpin bends and silly drops to the side and, yes, there were times when I don’t know what I would have done had I met a vehicle coming from the opposite direction but, it was great. It was totally unlike the trip from Krk when the Bora was blowing.

The views were magnificent. I stopped countless times (usually in the middle of the road, there was so little traffic) and just marvelled at the beauty of the countryside. I saw more people than cars; the odd farmer  or forester ambling along the road going from who knows what to who knows where but, women mostly, so many women trying to sell long strings of garlic by the roadside. Who they could sell to I really don’t know. I felt so sorry for them I was tempted to stop and buy a string but, come on, it would take me forever to use them and in the meantime what would the Van smell like?!? 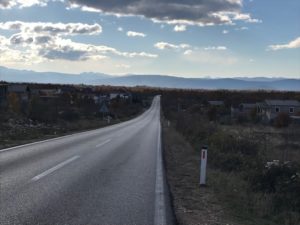 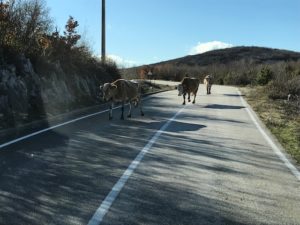 The road out of Mostar and what amounts to congestion 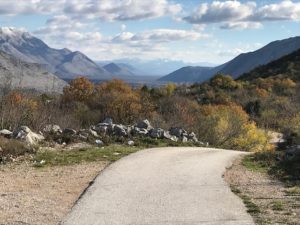 The one sad aspect of the journey was the all too frequent reminders of the Croat-Bosniak conflict. Both in Stolac and in the most remote villages there was tangible evidence of the atrocities and; so many plaques by the roadside in remembrance of Christians and Moslems, civilians for the most part, lost and/or murdered in that war. I lived in Aberdeen at the time, consumed with my career and coming to terms with parenthood (and the accompanying financial difficulties) and/but as happy as I ever was. It is scary and sad that I had no real idea or interest regarding Bosnia.

All too soon I had crossed the border into Croatia and was driving the last leg along the Adriatic Coast. 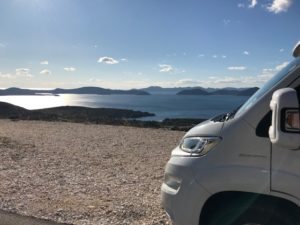 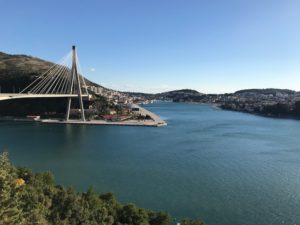 I resisted the urge to stop at every lay by to take photos of the remarkable sea views and in due course the Van was parked up and I was settled into my next hotel (I know that staying in another hotel so soon after Mostar goes against the ethos of what I’m supposed to be doing with this tour but, I got a really good deal – a four star hotel with swimming pool, spa, breakfast and taxes included for just thirty quid a night) … and just take a look at the sunset I enjoyed over my beers:- 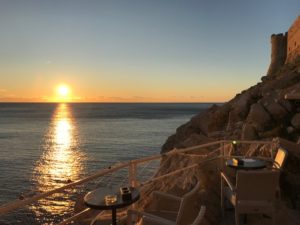 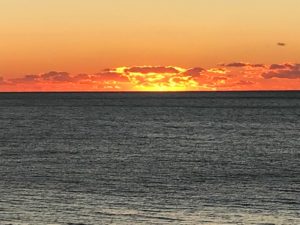 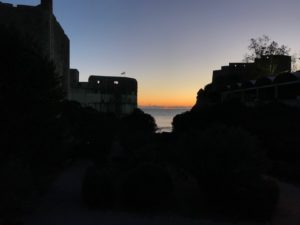 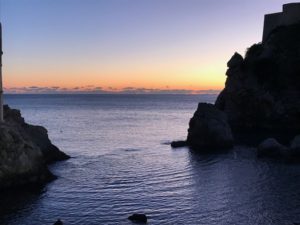 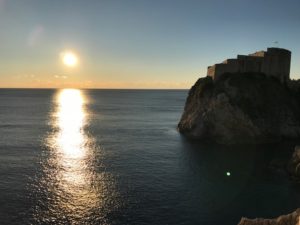 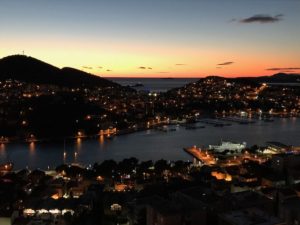